What Are Piano Keys Made Of?

Pianos create beautiful music and have been used throughout the years to entertain and teach. Traditionally, children would learn to play tunes from strict teachers and weathered pianos. For some the sight of these lustrous black and white keys would evoke memories from childhood that were as precious as the melodies played from them. The glossy, black and white keys has often prompted people to wonder…

What are piano keys made out of?

Originally, piano keys were made from different kinds of wood with a lighter and darker color to differentiate between the natural notes (white keys) and the sharp and flat notes (black keys). The dark or black ones are from a hardwood material called ebony a hardwood that shines to perfection when polished. The texture and weight of the wood corresponded very well with the need for pianists when they played tunes on the piano.

The lighter colored keys made from light-colored peach wood were eventually covered with ivory for a more elegant look and so that they could be longer-lasting. Since the lighter colored keys were the ones that were usually struck or played, they tend to wear out faster than the ebony keys. Ivory lent a very elegant look to the keys and the black and white contrast is very pleasing to the eye. Ivory was sourced mainly from elephant tusks and animal teeth.

Awareness of the deplorable plight of elephants, the main source of ivory, led to the ban of the use of ivory for piano keys which in turn encouraged the piano makers to look for better alternatives. A durable and different kind of plastic was developed to suit the needs of pianists and manufacturers alike.

Ivorite was developed by Yamaha according to the needs of pianists, for better grip, texture and more lasting. Other piano makers also developed different kinds of acrylics and mineral plastics.

These days, piano keys’ materials are mainly made of durable plastics which are polished to look and feel the same as traditional ivory and ebony keys. 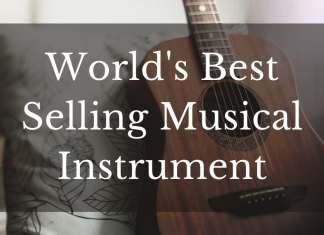 What Is the World’s Best Selling Musical Instrument?

When considering what the world's best selling musical instrument is, there are multiple factors to consider. Since instrument prices vary, you can't just look...

How to Take Care of Your Cello 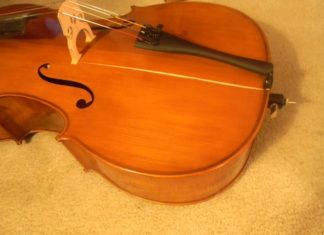 The cello is a big and bulky instrument, but it is just as delicate as a small violin, and so, it requires just as...

Best Instruments for Camping and Backpacking