Whether for inspiration or out of curiosity, this article will give you a closer look at some of the well-revered and famous banjo players. Who are they? You’ll soon find out! Let’s get started.

Many consider Earl Scruggs not only one of the best and famous banjo players; He is also regarded as the father of bluegrass banjo. If you use the three-finger plucking technique, Scruggs is also the reason for its popularity. As a matter of fact, many have dubbed his unique banjo playing style as “Scruggs Style.”

Fleck is another highly respected banjoist. Many critics and fans credit him for introducing the instrument into other genres like rock and jazz. So, it’s no surprise that Fleck’s versatility has won him several recognitions, including the International Bluegrass Music Hall of Fame and numerous Grammy Awards.

Together with his wife (Abigail Washburn), Fleck continues to produce fantastic banjo music. As a matter of fact, he is up again for a Grammy – his latest album (My Bluegrass Heart) was recently for the Best Bluegrass Album.

A list of famous banjo players wouldn’t be complete without American songwriter and social activist Pete Seeger. Seeger is famous for helping revive folk music during the 60s. Many aspiring musicians admire Seeger with his long list of accomplishments, including the “How to to play the 5-string Banjo” book which he wrote and self-published in 1948.

Don Reno is an influential banjoist whose career spans over 500 songs and instrumentals, and collaborations with other legendary musicians including Arthur Smith and even fellow banjoist Earl Scruggs. Many musicians and historians credit Reno for pioneering bluegrass music.

Roy Clark is a virtuosic banjoist and guitarist that hosted the variety show “Hee Haw” for 30 years. A country music icon, Clark started playing at a young age of 14. By the time he was 17, he was the champion of the National Banjo Championships twice. Throughout his music and TV career, many award-giving bodies like the CMA and Grammy recognized Clark’s achievements. In 2009, Clark was indicted in the Country Music Hall of Fame.

Stanley is another legendary banjoist whose love for the instrument started when he was a teenager. His mother taught him how to play, and it remained a family endeavor where he would work closely with his brother Carter. They later formed the group known as The Stanley Brothers. However, he is famously known for leading The Clinch Mountain Boys.

For a considerable part of his life, he has been known for playing bluegrass music. He later crossed into the country music category, and he released a song titled “O Death,” and his popularity grew even further.

Abigail is a household name in the banjo music industry. She is well-regarded for including Chinese and Appalachian influences in her music. As a matter of fact, her first ever album entitled “Song of the Travelling Daughter” has prominent Chinese culture touches.

Over the years, she has performed as a soloist, and he has worked with the likes of The Wu Force and Sparrow. She has also had a duo with her husband, Béla Fleck.

Alison Brown, an award-winning Grammy artist, is highly regarded for her innovative five-string banjo playing skills and incorporation of other genres in her music. Together with her husband, Gary West, Brown launched an independent recording label Compass Records.

Pikelny might be the youngest banjo player on our list, but he rightfully deserves a spot. Pikelny’s work, including his collaboration with the Punch Brothers, is received well by many critics and banjo lovers. As a matter of fact, Pikelyny’s first solo album landed in Billboard’s bluegrass chart top 5.

In 2019, Pikelny together with his group, received an award for their All Aboard album.

When it comes to the root music scene, Tony Trischka is a household name. Throughout his careers which spans over four decades, Trischka influenced many new generation banjoists with his recordings and performances. As a matter of fact, Trischka has an online school aptly called “Tony Trischka School of Banjo.”

Kruger is an influential banjo-player that performed together with his brother in a band known as Kruger Brothers. During his early career that Scruggs and Doc Watson inspired, Bill Monroe heard Kruger performing, and that’s how his career in bluegrass began. His technique has been greatly influenced by European Classical music.

Akeman or Stringbean is an accomplished comedian and banjo player who also appeared in the Hee Haw TV show. His banjo playing style leans towards old-fashioned technique particularly the clawhammer. Before his untimely death in 1973, Akeman released seven albums.

Johnny St. Cyr is among the famous black banjo players that helped revolutionized Jazz banjo. He played alongside with other legends like Louis Armstrong’s Hot Five and Hot Seven and King Oliver. Many admire Johnny’s “Oriental Strut” which he performed alongside with the Hot Five.

J.D. Crowe is an influential bluegrass musician who became famous during the 70s. He was influenced by Scruggs, the blues, and rock & roll. Crowe has managed to work with the way through different bands during the 60s. In the process, he managed to develop a distinctive instrumental style that melded bluegrass, country, blues, and rock.

From Scruggs to J.D. Crowe and the New South, who is your favorite banjoist? Did we left anyone out? Let us in the comments! 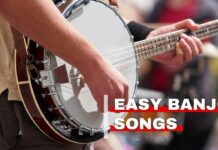 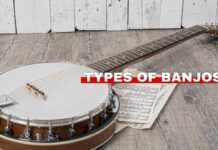 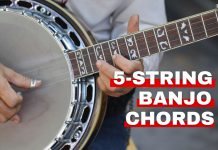 6 Easy 5 String Banjo Chords That You Can Master 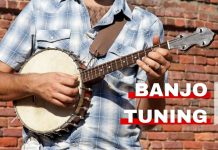 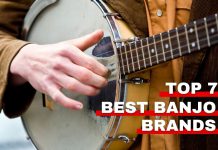 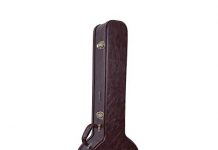