The soprano ukulele is the smallest among the four main size categories of ukuleles. It is highly noted for its rich and vibrant sound, which some consider as distinct. Since they are relatively easy to learn, soprano ukuleles have been gaining popularity over the last decade and have even been introduced into school music classes.

Kala is our favorite ukulele brand for beginners since they make great beginner kits and the Kala KA-15S is also a favorite of ours.

What to Look for in Soprano Ukuleles

One of the first things that you should look for in soprano ukuleles is the material used in the construction of such instrument. Many soprano ukuleles are constructed using Koa, a wood that is could be found naturally in Hawaii. Ukuleles which are made from Koa usually create a warm and soothing sound.Another material that is used in making soprano ukuleles is mahogany. This type of wood might sound softer than that of Koa but it could still produce a brilliant sound. Spruce also produces a bright and loud tone.Other soprano ukuleles are also made of materials such as redwood, rosewood, cedar, and maple.
Shape of the Ukulele

Another feature that should be considered is the shape of your soprano ukulele. Most of the ukuleles have three different shapes. The most common one is the figure-8 which resembles a guitar. The second shape is the pineapple which follow a body profile that looks like a pineapple. The third shape looks like a boat paddle, the east common shape among the three.

These are just some of the features that should be noted when looking for the best soprano ukuleles. It is worth noting that awareness of the vital features will make your job of choosing the most appropriate instrument easier.

The first soprano ukulele on our list is the Kala KA-15S Soprano Ukulele. This soprano ukulele is noted for its body and neck which are made of mahogany and its fingerboard and bridge which are made up of rosewood. It is also characterized by its geared tuners and its pre-strung Aquila nylgut strings to ensure that the ukulele stays in tune and sounds sharp. Such ukulele also has a satin finish so that it would look as beautiful as it would sound. This durable and great-sounding soprano ukulele will surely be a favorite choice.

Our next soprano ukulele is the Lohanu LU-S Soprano Ukulele. This instrument is characterized by its portable and right size for adults with small hands amd children who are eight years old and under. Additionally, it is characterized for its sapele/ mahogany top, back, sides, and neck, rosewood fingerboard, handmade ABS bindings, and Chrome die cast tuning gears. This soprano ukulele comes in a bundle which includes a button, a case, two picks, a pick holder, and an extra set of Aquila strings.

Our next instrument on the list is the Kala MK-S Makala Soprano Ukulele. It is noted for its body and neck which are made up of Agathis and mahogany, respectively. Its fingerboard, on the other hand, is made up of rosewood. It has a digital chromatic clip-on tuner which helps keep the instrument in tune. It also has a satin finish to give you that silky and shiny look. Moreover, the ukulele consists of a bundle of gears which are deemed essential. These include a gig bag, a tuner, and a polishing cloth. Beginners will not find it hard to learn to play this ukulele because it comes with an Austin Bazaar Instruction DVD where they will learn about setting up the instrument, playing chords, and much more.

The Diamond Head DU-150 Soprano Ukulele is noted for its traditional shape which produces a full-bodied sound. It is made of a strong maple body and neck which ensures long-lasting durability. It also has a clear and high gloss finish. Additionally, this soprano ukulele is equipped with gear guitar-style tuners to ensure that it stays in tune. It comes with a black gig bag for easy transport and storage.

The Donner DUS-1 Soprano Ukulele is a traditional concert ukulele that is composed of four advanced carbon nylon strings. It also comprises of a mahogany body and neck which could produce a rich and bright sound. Its fingerboard and bridge are made up of Rosewood, giving users a comfortable feel while playing the ukulele. Accurate and smooth, its chrome-plated guitar style tuners keep your ukulele always in tune. This ukulele has 18 brass frets with fret position marks at the fifth, seventh, tenth, and twelfth frets on neck and top of the fingerboard. Additionally, it comes with a bag and a strap.

The Hola! Music HM-121PP Soprano Ukulele features a body that is entirely made from mahogany. It also consists of a fingerboard and bridge that is built from Walnut, and a neck that has been constructed from Nato. It consists of silver-plated geared machine heads with black rubber pegs, 15 silver nickel frets, a bone Nut and Saddle, a laser engraved Rosette, and a set of Italian Aquila Nylgut Strings. It also comes with a built-in strap pin so that users could attach a shoulder strap easily. This ukulele produces a warm, pitch-perfect harmony, making it an ideal instrument.

The Everjoys Soprano Ukulele is a well-known ukulele due to its superior craftsmanship. It consists of a body made of Basswood, a neck made of Solid wood, a fingerboard and bridge that is made up of Blackwood, and a set of nylon strings. Such strings could be available in different colors. It also comes with a handy digital tuner, a spare pick and string, a shoulder strap, a microfiber polishing cloth, and a durable convenient bag. For those who are still beginning to play the instrument, it provides a songbook that teaches the fundamentals of a ukulele.

The Hricane UKS-1 Soprano Ukulele is a traditional concert ukulele that is composed of four advanced carbon nylon strings. It consists of a Sapele body and neck which produces a rich and bright sound. Its fingerboard and bridge are made up of Rosewood, giving users a comfortable feel while playing the ukulele. Accurate and smooth, its chrome-plated guitar style tuners keep your ukulele always in tune. This ukulele has 18 brass frets with fret position marks at the fifth, seventh, tenth, and twelfth frets on neck and top of the fingerboard.

The Hankey KUS-70 Soprano Ukulele is an excellent soprano ukulele which is noted for its exceptional performance play reliability. It is the perfect instrument for beginners and professional players. Such ukulele has the most beautiful appearance with selected laminated koa and attractive wood grain that would stand out among other ukuleles. Additionally, it is noted for its fine fingerboard, bridge, and smooth painting. Its thin and slim body design enhances the characteristics of its sound and balances its rich tone. The ukulele comes in a set which include a thick gig bag, a clip-on tuner, extra strings, a strap, a polishing cloth, an instructional book, and a set of picks.

Finally, the Luna Honu Soprano Ukulele has a Hawaiian turtle design surrounding the sound hole which symbolizes longevity and endurance rendered in a Polynesian tattoo style. Such ukulele has been crafted from selected mahogany wood with a rosewood fingerboard, a MOP triangle inlay, and a satin finish. It also includes a set of Aquila strings which could be adjusted with the open style tuner in order to produce a rich, warm, and balanced tone. This is a durable and lightweight instrument that is good for traveling or vacationing. It consists of a stylish black gig bag with an inner cushioning in order to protect your ukulele.

Soprano ukuleles are distinct instruments known for their sound and aura. Since these instruments are relatively easy to play with, you will not be hard in playing your favorite songs. Be able, then, to avail of the best soprano ukuleles so that your performance will surely be remarkable. 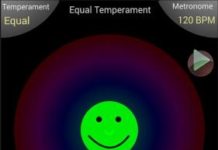 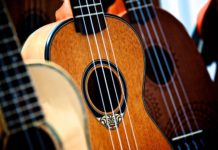 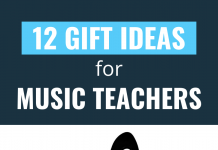 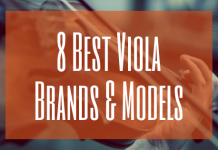 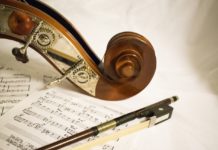