Beethoven composed some of the best music of both the romantic and classical music periods. His works became immortal with 9 symphonies, 38 piano and violin concertos and sonatas and 16 string quartets. What’s extraordinary is that many of his masterpieces were created after he became deaf.

Undoubtedly Symphony No. 3 in E♭ major, Op. 55 is his one of the most celebrated symphonies. This is sometimes called as Eroica or Sinfonia Eroica in Italian which means Heroic Symphony. This was the crown of the jewel in Beethoven’s most creative age. This symphony has 4 movements:

The performance is about 41 to 56 minutes long depending on style. This classical masterpiece widens its definition boundary to a new emotional horizon. It is rumored that Beethoven dedicated the Eroica to the great Napoleon Bonaparte until he declared himself as the emperor of France.

Duh Duh Duh Duhhhhh. Duh Duh Duh Duhhhhh.The stunningly beautiful Symphony No 5 in C minor, Op 67 is the only orchestral masterpiece that is defined by the first 8 notes. This piece of pure art has become a new standard of triumph. Your bloodstreams will pump up with thrill listening to this symphony. Your mind will get lost into a different dimension with the flow. So pure and raw, I must say. This symphony also has four movements:

What is really compelling about Beethoven’s Fifth is that the transitions are flawless. A typical performance is about 30-40 minutes long.

Written while in seclusion of Beethoven during the French occupation of Vienna, the Egmont Overture is a beautiful arrangement of incidental music to accompany theater performance of Egmont. Only the overture still receives frequent performance attention as a stand-alone concert piece. It is a wonderfully intricate world in miniature, one that successfully samples all the coming drama of the story.

Well, some people think Beethoven was a romantic composer. But, I must say, once you hear the 6th Symphony by Beethoven, you will clearly understand his keen interest in country-themed composition. This symphony has clearly taken inspiration from nature and country road beauties. Like a clear spring morning where birds are chirping, flowers blooming and a mild breeze, ahh! You just can’t avoid listening to this symphony and think about nature’s fun and playfulness.

The last symphony of Beethoven was actually the most praised one. Why? First of all, this was the longest composed symphony of that time. The music is so raw and charismatically beautiful. Beethoven tried to cover the story of mankind through this symphony. You can hear the story of the whole journey in 1 hour and 20 minutes of a pure musical joyride. The whole musical journey will make you joyous as the name tells the tale of joy. Oh, just to remind you, when this longest symphony was released the composer was completely unable to hear any sound!

When this symphony was released Beethoven was at his peak point. The symphonies he created was nothing short of pure perfection. On its premiere in 1813, the overwhelmed crowd asked for playing the second movement once again. His tunes just made people go into a whole new dimension. The tunes are so happy that it could make the ills better again! When you hear the sound it makes you make take a roller-coaster ride of symphonies. There is no doubt why this symphony is the most popular one of the 9 symphonies. Genius at its best!

This one is a bit overlooked work of Beethoven. But the Battle Symphony or the Battle of Victoria is nothing short than the other symphonies. The great Beethoven composed this piece to commemorate the Duke of Wellington’s victory against the mighty Joseph Bonaparte. This Spanish battle of Victoria in 1813 played a great role in history. The symphony was dedicated to the King George IV and Beethoven received a royal prize for this glorious creation.

The Battle Symphony is simply a musical novelty. But Beethoven didn’t write the piece for orchestra at first. Johann Maelzel then convinced Beethoven to create an orchestral version for the commemoration.

One of the funniest creation of this Mastermind. The title is more popular in the name of Rage Over a Lost Penny. This one of the most harmless angers of human emotion and so natural. The creation is very chirpy and light-minded. You will find yourself dancing to it as music so happy and fun.

Unfortunately, the piece was left unfinished and unpublished so it didn’t get that much of attention like the symphonies. But really appreciated in the modern era. Anton Diabelli finished the piece and published it in 1828. This one sometimes called the Gypsy Music of Beethoven.

Beethoven was a true legend and genius whose works are simply timeless beauties. Since the late 1700s, the works of Beethoven have been loved and praised by all. There is no doubt why Ludwig van Beethoven is considered the greatest composer of all time. The fact that Beethoven created his best compositions when he was completely deaf is the mark of a true master. This inhuman creativity makes him immortal in the pages of history and greatness of human race. 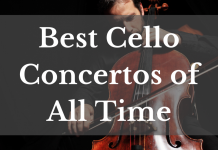 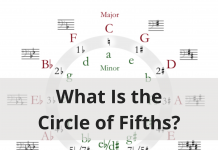 What Is the Circle of Fifths? 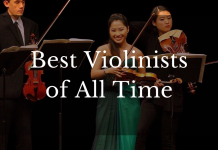 The Top 12 Best Violinists of All Time 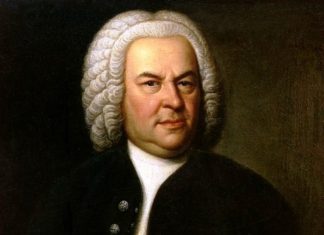 Johan Sebastian Bach is one of the best composers we have seen in the history of humankind. His music was precise, soulful, innovative, spiritual...

How to Take Care of Your Cello 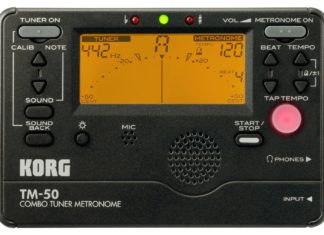 A tuner is an essential part of every musician’s toolbox, and there are many options out there. You want to make sure you get...