What Is Alto Clef?

A clef is a musical symbol that is used to indicate the pitch of written notes. When it’s placed on a stave, the clef indicates the name and pitch of the notes on one of the notes. It is essential in order for the musician to be able to read the music, as it tells him which lines or spaces indicate every note.

There are many types of clefs but the most frequently used are: Bass, Treble, Alto, and Tenor. Most musicians learn Bass and Treble clefs since these are used by popular instruments such as piano, violin, cello, and others. Today we’re going to focus on the alto clef.

What is the alto clef?

The Alto clef, also known as C clef because it’s center staff line is the note C, is one of the lesser-known clefs used in music. The symbol of an alto clef is a thick vertical bar, followed by a thin bar just to its right and then a curly figure that resembles the number 3.

So when the C clef it’s centered on the third line of the staff it’s called an Alto Clef. It’s usually called the viola clef since violists play from this clef. However, it is also used by viola da gamba, mandola, bassoons, and trombone on certain occasions since these instruments are on the medium range.

The viola is the primary instrument that uses Alto clef in modern orchestras. The viola is quite similar to the violin, but it’s a little bit larger, richer and lower in tone, and has different strings. It appears often in string quartets, which require two violins, a viola, and a cello and also in classical orchestras.

The bassoons are used for the rich, dark tones at the bottom of their range. They have to use alto clef when the music requires the top of the instrument’s range, which produces the thinnest tone.

The alto clef is an important clef used in modern music. It’s worth learning, especially if you play a medium-range instrument such as viola, mandola, bassoon or trombone.

We hope you learned what the Alto clef is an best of luck trying to learn it! 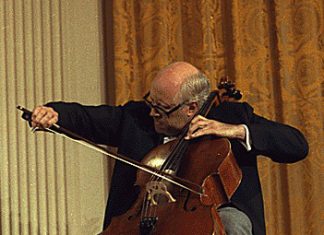 Have you ever wondered who the greatest cellists of all time are? You've come to the right place because we have compiled a list...

Best Instruments for Camping and Backpacking

Phenomenal A Capella Performance of Four Seasons by Vivaldi 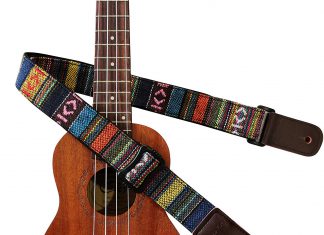 There are a lot of ukulele straps available on the market. Just do a search on Amazon and you'll see thousands. So how do...

What is a violin?