If you are interested in playing a keyboard, then you should avail yourself of an excellent instrument to begin your journey with. The best beginner keyboards come with the right features, which could help you hone your skills in playing such an instrument. Furthermore, they have the sound and the weight which emulate that of a standard acoustic piano, the instrument that you would have to invest in next.

There are a lot of beginner keyboards available on the market, so choosing the ideal one might be difficult for beginners like you. Don’t worry. We are here to help you. In this article, we have curated ten of the best beginner keyboards to choose from. Moreover, we have identified the characteristics which each of the products has so that you could narrow your choices down better.

A great beginner keyboard that provides everything you need to get started and includes one month’s free membership of the Simply Piano app.

What to Look for in Beginner Keyboards

The Number of Keys

When looking for the best beginner keyboards, you should also consider the action. Action determines how well the keys would respond when you push them down. Depending on the model, the key would vary in terms of resistance and firmness. Weighted keys respond like a traditional acoustic piano while an unweighted key would be easier to push down. We would recommend weighted keyboards for beginners.
Sound

Finally, you would need to consider the sound which the beginner keyboard makes. This is by far one of the most important features which you should consider. It is not enough that your instrument is weighted, but it should also mimic the sound of a traditional acoustic piano. Some keyboards generate a clanking sound which does not really emulate the sound of an authentic piano, giving a beginner an impression that such sound is really the sound of a legitimate piano.

The features which were mentioned above are just some of the key features that you should consider before buying the best beginner keyboards. While these features are important in choosing the ideal instrument, at the end of the day, the end choice will still be dependent on your preference as the player.

We have identified the specific features which a beginner keyboard should have to further guide you in determining your most preferred instrument which you could use. If you do so, you would be sure that you would have an excellent keyboard that you will not come to regret later on. Look out for the characteristics of each of the best beginner keyboards and compare them with each other.

Kicking off our list of the best beginner keyboards is the RockJam 61-Key Electronic Keyboard (RJ561). This is a full-size keyboard with 100 keyboard sounds, 100 rhythms, and 50 demo songs. It even features an LCD screen and a record and playback functionality to aid you in learning the instrument. To help you get to know more about playing the keyboard, the keyboard provides lessons through the Take Lesson features. Other things that come with the keyboard include a durable stool, an adjustable stand, and a set of headphones.

The Hamzer 61-Key Portable Electronic Keyboard features a flawless and authentic range of sound, complete with 255 timbres, 255 rhythms, 61 percussions, and 24 demo songs. It features an integrated learning system that beginners could use. Moreover, the keyboard comes with a set of transparent stickers so that you could label the piano keys, accelerating your piano mastery. When playing the piano, you would feel the traditional touch of an acoustic piano. Aside from the piano, the instrument also comes with a stand, stool, a set of headphones, and a microphone.

We also think that the Casio CTK-3500 61-Key Touch Sensitive Portable Keyboard is a great choice for you. This keyboard consists of 48 note polyphony, 400 tones, and 100 rhythms to further step-up your game. You could toggle on the dance music mode so you could enjoy its 50 built-in dance music rhythms. You could integrate it with the Chordata play app to enhance your playing experience further.

When you use the Tencoz Digital Music Piano Keyboard, you could play a variety of pieces at a variety of music styles. This will allow beginners to not only play the keyboard but also sing a song. It is made of high-quality material, making it safe and kid-friendly. With its fine workmanship and smooth edge design, children who use it will not get hurt. Thanks to its record and playback function, beginners could practice and check on their mistakes.

The Hamzer Digital Music Piano Keyboard features a flawless and authentic range of sound to give you that genuine feel of an acoustic piano. It features an integrated learning system that beginners could use. Moreover, the keyboard comes with a set of transparent stickers so that you could label the piano keys, accelerating your piano mastery. When playing the piano, you would feel the traditional touch of an acoustic piano. It is complete with 255 timbres, 255 rhythms, 61 percussions, and 24 demo songs.

The RockJam RJ761 Electronic Interactive Teaching Piano Keyboard consists of 61 full-size keys that give you that traditional piano feels while maintaining a compact and portable design. It further features a touch display panel that displays feedback while letting you engage the 200 tones, 200 rhythms, and 30 demo songs. Aside from the instrument, you could also enjoy its sturdy stand and its padded seat.

The Lagrima 61-Key Digital Electric Piano Keyboard lets you enjoy playing because of its great feel for versatile learning experience. It has two built-in speakers that offer tremendous sound and allow you to monitor your performance and development. This instrument is lightweight and portable, making it suitable for music lessons. It further allows you to play its 200 timbres, 128 rhythms, and 10 demo songs and keyboard percussions. It comes with an adjustable stand.

The RIF6 Electric 61-Key Piano Keyboard is an ideal instrument that beginners could use. It allows your creativity to take over thanks to its 300 rhythms, 300 tones, and 50 demo songs. You could use its optional percussion and drum sound kit so that you could keep the beat while learning how to play the instrument. It features two teaching function modes that could help you learn popular songs and practice playing the chords.

We also think that the Best Choice Products 61-Key Electronic Keyboard is one of the best beginner keyboards on the market. It has light-up keys and three teaching modes that allow beginners to practice their music. It is complete with 225 timbres, 50 demo songs, and eight types of keyboard percussion so that you could create versatile music. With its built-in speakers, rhythm programmer, and music player function, you could find the ideal sound and make the right music pieces.

Completing our list is the Vangoa Digital Electric Keyboard Piano. This features a variety of sound effects that you could customize so you could play along with your favorite songs. With its 200 timbres, 200 rhythms, and 50 demo songs, you have a wider choice to let your creativity shine through. Lightweight and portable, you could carry it around without having to exert much effort. With its distinct design, you would surely enjoy playing the instrument.

Being a beginner, you should have sufficient know-how on the features of the best beginner keyboards so that you would pick the right instrument. Hence, you should learn to scrutinize each of the instruments well. Try to match the distinct features which that of the ideal ones so that you could narrow your choices better. If you do so, you will be able to choose the right instrument which would help you become the next Chopin. 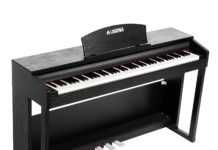 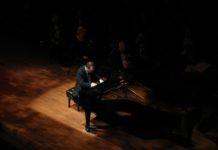 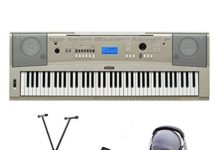 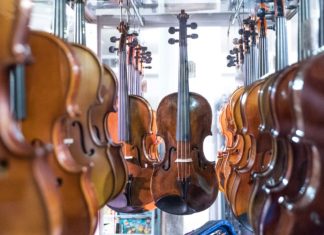 Should You Buy or Rent a Musical Instrument?

With rental season starting soon, you may be wondering whether you should be buying or renting an instrument. The answer is not simple and usually requires...

How to Buy a Viola Bow

10 Best Symphonies of All Time 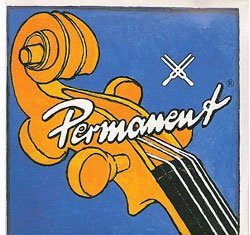 Buying the right double bass strings is important in order to play beautiful music. To help you find the best strings for your double...